The decorated former MMA fighter turned professional in December 2018 and has won all seven of his contests in impressive fashion, with five of those wins coming inside the distance. Trained by Don Charles and managed by S-JAM Boxing, Marku hasn’t been shy in calling out the top Welterweights in the UK, with Conor Benn and Chris Kongo sitting at the top of his hit list.

Boasting a huge following, the 28-year-old southpaw sold out London’s iconic 1200-seater York Hall single-handed for his UK debut in March 2019 before luring over 800 fans to The O2 for his fourth round KO of Tommy Broadbent in July,  and the 5’ 8” dangerman hopes to welcome his growing army of fans back to arenas across the UK in 2021.

The ‘Albanian King’ was last seen making short work of Muma Mweemba last month, flooring the Sheffield-based fighter twice before ending proceedings in the opening round with a brutal left hook that sent his opponent crashing into the ropes. Possessing lethal KO power in both hands, Marku is determined to shake up the domestic 147lbs division before targeting World honours.

“I am very excited to join Eddie Hearn and Matchroom Boxing,” said Marku. “This is where the big boys play, and I will show I am the most dangerous Welterweight in the country. The Albanian king is coming.”

"I’m delighted to welcome Florian to the team," said Matchroom Sport Managing Director Eddie Hearn. "He has an astonishing and loyal fan base that are one of the most fanatical I have seen in boxing and a fan friendly style that is going to light up arenas and front rooms all over the country. I’m looking forward to plenty of fun with Florian and S-JAM, stay tuned for some exciting announcements."

Sam Jones of S-JAM Boxing said: "Myself and Adam Morallee are delighted to be teaming up with Matchroom Boxing again. We believe Florian can become World Champion and we know Eddie and Matchroom are the ones to deliver it for him. We are looking forward to some huge nights ahead." 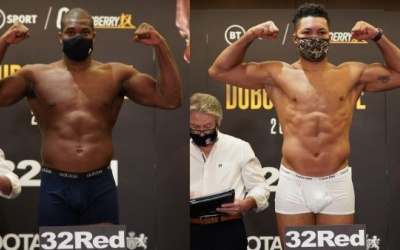