The European bronze medallist from Hertfordshire defeated Newark’s Fonz Alexander (5-84) on points over four-rounds in his second bout in the paid ranks.

Pricey entered the ring on the incredibly warm evening as confident as ever despite facing an 89-fight veteran. His experienced 30-year-old counterpart across the ring had only suffered three stoppages in 83 losses, which dates back to 72 fights ago when he met heavy-handed Robbie Davies Jr in 2015.

From the opening bell, Price set his stool in the middle of the ring looking to engage from the off, in his customary busy, energetic style with his hands hung by his hips. The first round saw some skilful combinations from the promising prospect, opening up angles early and landing sharp, clean punches to both body and head.

During the second-round, the 24-year-old former Team GB boxer landed many impressive body shots whilst retreating from range before his dance partner could find a reply. In the last minute of the second segment, the showy fighter began to grow in confidence and invited his opponent forward looking for more engagement whilst grinning with confidence.

The third-round saw Price trying to take more calculated risks designed to open up his challenger and create more opportunities to inflict damage and was caught by Fonz on occasions but showed no signs of problems in absorbing the return shots, offering his exposed chin for the taking instead.

Price started the final round the same with his hands held low, as his custom, making a show of every missed shot from Alexander to tease his opponent and excite fight fans. The Frank Warren prospect cruised through the final round to pick up the second points win of his professional career, scored at 40-36.

The 140-pounder spoke exclusively with Jack Jacobs from BBN immediately after the fight, “I felt good in there, I was looking for the early stoppage but overall I was pleased with my performance.

“That guy was tough, he took a lot of what I had to offer, after the decision was called out he said to me he felt like going down a few times, so I know I rocked him, I think I was extending the margin as the fight went on and a few more rounds I would have got the KO.”

The three-time Golden Gloves winner kicked off his paid career in March with a shutout points win over the durable Liam Richards (12-45) at the Camden Centre in London, and the youngster plans to stay busy to continue the momentum that has seen him fight twice in under four months, “I am looking to be under the lights again in September on a televised show, hopefully, so I will look to stay in shape over the summer and keep momentum going,” he said.

“I need to be active and I hope to have a record of 5-0 by the end of the year then its onto whatever titles I can get; Southern Area first, maybe then we see what we can do.”

Price’s amateur pedigree is evident in his style, winning 85 fights from 100 bouts and collecting dozens of titles, and his smooth transition into the pro ranks means that the heavily-populated 10stone division, currently topped by Josh Taylor, will have another contender to watch out for. 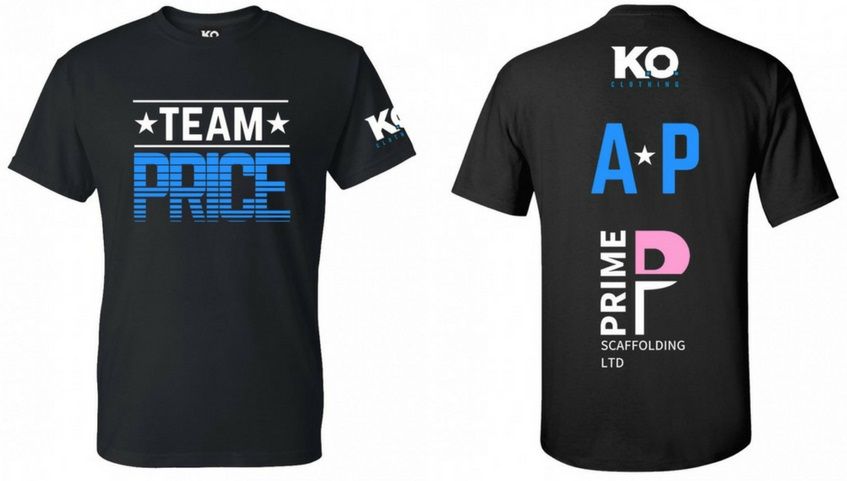 Through the Wire – Week 4

Get to Know… Dylan Clegg