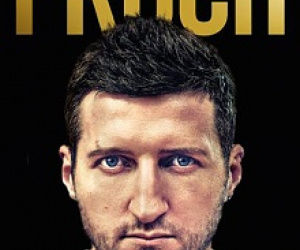 Carl Froch: 10 things no one tells you before you become a professional boxer

Mythical Matchups: Nigel Benn vs Carl Froch – Who would win?

"Boxing," Sugar Ray Leonard wrote, "is the ultimate challenge. There is nothing that compares to testing yourself like the way you do in the ring." He’s probably right; there’s no sport quite like it as a combination of discipline, artistry, violence and fame.

Consider it stripped back, though: you are paid just once or twice a year to stand half naked in the only lit part of a dark, packed stadium of screaming fans, opposite just one competitor whom you need to punch repeatedly in the face during the brief time he or she isn’t punching you in the face, hoping to knock them over or have judges decide you were better at it.

It’s an unusual job. And long before you can float like a butterfly or sting like a bee there’s enough crawling like a caterpillar to put even the most motivated off. Here with his "10 things no one tells you before you become a professional boxer" is a man who knows exactly what it takes: four-time super middleweight champion and current IBF belt holder Carl Froch.

1. You’re signing up to be a semi-professional runner

"I hate running, but when you get to this level, if you aren’t prepared to become a semi-professional runner, you might as well quit. Running is your bread and butter: the core fitness from which everything else is built. When I train, I probably run five times a week, and this is anything from 80-metre sprints to full-on 10ks. I can now do six miles in less than 40 minutes, which is an extremely fast time for someone carrying so much muscle. Young boxers might find it a massive kick in the balls when they realise what’s required to become champion, but it all pays off in the ring." 2. You'd better hope you have a granite chin "Put simply, there are two sorts of boxer: those with glass jaws, and those with granite chins. If you’ve got a glass jaw, you go down easily and can’t take a big punch. If you’ve got a granite chin, like I have, you’re immovable. It doesn’t matter how skilled you are, or how hard you train, if you aren’t tough enough, you won’t win. It’s the reason a lot of fighters who have success at the Olympics can’t replicate it when they go pro – they just aren’t tough enough. "The only person that’s ever knocked me out is my anaesthetist. George Groves certainly couldn’t, and I showed the world that he falls squarely into the glass jaw category."  Carl Froch celebrates after defeating George Groves earlier this year.

"If you punch as hard as a professional boxer, it takes 45 minutes to strap your hands up before you can hit anything. Most people can just pop on a glove and hammer a punch bag. If I did that, I’d break every bone in my hand, and that’d be a bit of a problem. At a fight I’m so in the zone that my trainer, Rob McCracken, tapes my hands, but at the gym I do it myself, no matter how long it takes."

4. It’s worth the weight

"Naturally I’m about 13 and a half stone, but for a fight I need to be just under 12. You can be as fit as you like, and look in amazing shape, but boxing is a weight-governed sport. To achieve this you need to do all the training so your body burns the muscle, but also avoid sugar, fat, eating late – basically anything that might contribute to your body mass. I’m half Polish, so I’ve got a fast metabolism, but it’s still so hard to make that deadline before a fight."

"As a pro, you’ve got to always be aware that boxing is your job. It pays the bills, affords your lifestyle and supports your loved ones. Given that, you’d be crazy to take any risks that could jeopardise your career and could stop you from fighting. I used to love riding motorbikes, and still have my Honda CBR 600 RR sitting in the garage, but I’d be crazy too now in case I came off. The same goes for skiing, or even playing five-a-side with my mates. It can be tough, but boxing isn’t like football where you can get injured or sit on the bench all season and still earn your salary; if we don’t fight, we aren’t paid. Simple as that."

"You can be the hardest man in the world, but if you don’t have a thick skin you’ll crumble. When someone gives you chat in public, your initial reaction might be to deck them, but you can’t do that as a pro. Not only might you seriously hurt the bloke with one punch, but you might damage yourself, or end up in the papers and lose your licence. Then there are insults from other fighters, which are all part of the game, but you’ll lose if you let it get to you. It’s actually been proven that the influence of emotion during a fight is detrimental to your performance, so block it all out and stay disciplined; strength of mind can make a champion."

"It’s almost a cliché of the sport, but warming up with a skipping rope happens as much today as ever. Most boxers and boxing gyms are in tough, working-class areas of cities where there isn’t much space or money, so you can’t get a treadmill or cross trainer in very easily. Skipping is the answer. Every session starts with it, no matter what level you’re at, so you get pretty good and learn some nice tricks."

"If you don’t like watching movies or TV before you go pro, you soon will. All trainers will tell you that just as important as training hard is balancing it with forced rest periods. You won’t recover properly if you don’t relax and minimise your workload between sessions. All you can do is sit around and watch things on Netflix. We all do it, especially if you’re away on a training camp. David Haye can name all the films of any actor – he’s like a weird encyclopedia. Lennox Lewis used to play chess instead. I actually played him once, because I learned a bit at school. It didn’t end well."

"Boxing might be the ultimate braggadocio sport, and we do spend our Saturday nights trying to knock each other out, but you soon gain complete respect for a lot of your fellow fighters. Not many people in the world do your job and box professionally, but a massive number of people watch it, so you’d be mad to completely alienate the few people who actually understand what your life is like. There are people I’ve had brutal rivalries with, like Mikkel Kessler, who I also respect massively. That said, I do genuinely hate some of my recent opponents…"

10. Plan for life outside the ring

"As boxers, we’ve got expiry dates. Not many people box beyond their late thirties, and only 3% of all professionals (a group I’m lucky enough to be in) make enough money to live off it once they retire. It’s why so many great champions ruin their legacies by fighting on too long: they’ve got nothing else to go to. I’ve done a couple of academic courses in my time, like one in sports education and science from Loughborough University, and an NVQ in Business and Finance from Clarendon College. I’ve become very interested in property, always expanding my portfolio and making money on the side from it. Loads of fighters retire depressed, or splash all their prize money in a few years. You need to be cute with money, take advice, and keep an eye on life after the sport."