Super-Bantamweight Chris Bourke has thanked his fans for creating the best atmosphere he has boxed in after initially being wary of the effect being on early could have.

The proud South Londoner opened Frank Warren’s show at 4pm, four hours before TV scheduling was due to start in a show which was headlined by Sunny Edwards.

Facing the toughest opponent of his career to date in Jose Hernandez, Bourke controlled the bout from start to finish winning a number of fans in the process.

And the 24-year-old admits that he felt being on so early could have had a detrimental effect on his performance.

He said: “I was a bit worried when they said I was opening because I thought it would be empty when I came out.

“I can’t thank my family, friends and supporters enough for getting in there early, it was easily the best atmosphere I have boxed in.

“It might have been the first fight but it was one of the loudest all night, I really can’t thank everyone enough.

“In the end I loved being on first because I did the business, had a great atmosphere and then was able to sit and enjoy the rest of the show!”

The former Team GB star was pleased with his performance against a durable competitor in the Nicaraguan Hernandez.

“I thought I boxed really well. I threw combinations to the head and body that were landing and I was catching him all night long with my jab,” he continued.

“I was wary of the right-hand, I was told before that he would just look to throw that so I knew I had to stick to my boxing.

“There’s always stuff I want to work on, I got comfortable in there and let my guard down sometime but I didn’t lose a minute of a round so I’m really happy with it all.” 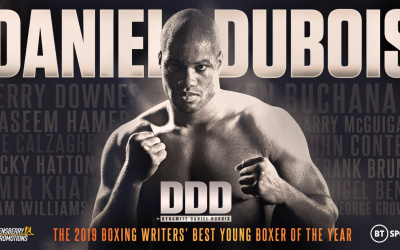 Andrew Selby heads back to the ring in the same month