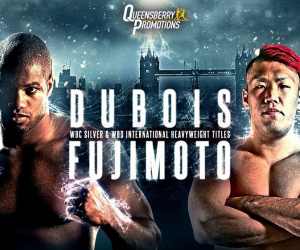 BBN have provided all the details viewers need to tune in and watch the festive fight between Briton Daniel Dubois (13-0) and Japan's Kyotaro Fujimoto (21-1) just four days before Christmas.

Six Brits are in line to challenge for European titles

The bout takes place on December 21, the same day in history that the Mayflower landed on Plymouth Rock

It takes place at the 7k+ capacity Copper Box Arena in London, a multi-sport venue in Hackney Wick that was used for the 2012 Summer Olympics

12 three-minute rounds at the heavyweight limit

The vacant WBC Silver heavyweight title is up for grabs, as well as Dubois' WBO International strap that he won via first-round KO against Ebenezer Tettah in September. Both titles were previously held by Dillian Whyte, so whoever wins could be close to world honours next.

You can find out what happens via sport.bt.com or by downloading the mobile app, or follow the action round-by-round on @btsport on Twitter

Reality TV star Tommy Fury (2-0) will be back in the ring exactly one year on from his pro debut.

Dubois: "I wanted to defend my British Title but no one would step up to fight me. I want to be fighting world champions within the next 12 months and when the opportunity to fight for the WBC Silver Title was made available, a belt that Dillian Whyte held until his last fight, I jumped at it. I'll also be defending my WBO International title I won in my last fight" said Dubois on his latest assignment.

"Fujimoto has a good rating and is a great stepping stone on my path to the top.

"He will have his own ambitions and I know he was rumoured before to be considered for a fight with Anthony Joshua, but I will be knocking that ambition out of him on December 21st when I knock him out."

Kyotaro Fujimoto is a former K-1 world heavyweight champion who switched to boxing in 2011. He has won three titles in that time and is ranked no.12 with WBA. He is the current Japanese heavyweight champion and has held the national title for over six years and defended three times.

Last month Dubois was added to the top 15 of the WBC rankings and he now gets to mark the occasion with a tilt at the governing body's Silver title. 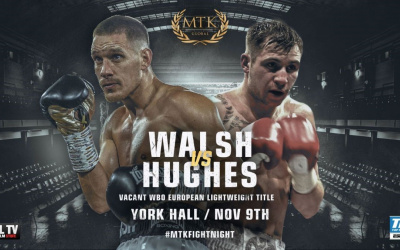