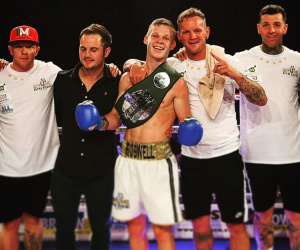 Tim Rickson met with 20-year-old super-featherweight talent Joe Roswell at Ramsgate ABC just days ahead of the Senior ABA champion’s pro bow at the York Hall on March 14 on a Sinfield Star Promotions event. England amateur star, Roswell, makes his pro debut on a star-studded show in the East End, which features a trio of Southern Area title fights.

Here's what the Thanet fighter had to say:

What made you want to start boxing?

“I’ve always been athletic ever since I was a child. I started off with karate, I tried football, I tried rugby; it was only by chance I was walking past a boxing gym and my old man always said I should try boxing and it just stuck from there. My first club was O’Neills Boxing Gym at the top of Margate, I was 11 when I started.”

Who was your boxing hero growing up and why?

“Back in the day, I used to try and copy Prince Naseem Hamed, but now I like Josh Kelly and Vasyl Lomachenko.”

How old were you when you had your first fight and how did you do?

“I was around 12 or 13 when I had my first amateur fight and it was a knockout in the second round, so I did alright! I was boxing for Charlie Rumbol in Sittingbourne, my old man took me there six days a week.”

How well did you do in the amateurs?

What made you decide to turn pro?

“Always been a dream of mine ever since I was young, I was always told I was something special.

Obviously, I come from a very dead end so I would like to put myself out there and my hometown to make a statement that no matter where you’re from, you can still make it.”

What team do you have around you?

“I’ve got Sammy Holloway and Liam McKeown as my coaches. Sammy was a pro and Liam is solid with everything he knows.”

Are you full-time as a pro?

“If the right sponsors fell into place then I’d love to do it full-time, but for now I have to work, which I don’t mind doing. I’m a mechanic at All Saints Industrial Estate, around the back of Dreamland.”

What sort of fighting style do you have?

“I like to switch it up and adapt to anything really. Obviously, I don’t know everything but I can adapt to most things and fight on the back foot and front foot and just switch everything up.”

What ambitions do you have for your pro career?

“I’d like to see it go as far as I could get, it’s been the dream ever since I was young to turn pro, so I’m buzzing, but I want to go all the way.”

When is your first fight and who will be there in support?

“March 14 at York Hall, I’ve got over 100 people from Thanet coming over to support me, which is a big statement. The support has been crazy!”

Joe Roswell faces three-time Southern Area champion Jamie Speight over four rounds at lightweight on the 12-fight card at 'The Home of Boxing'.

Roswell commented on his opponent, "He's done quite a bit, so I know he's quite a good lad. I’ve been training non-stop, everything has gone to plan, eating well, I can only be as ready as I can; mentally and physically - I feel like I'm there now. I feel like I suit the longer rounds in the pros a bit better because I like slowing it down a bit and picking my shots, I come alive as the rounds go along." 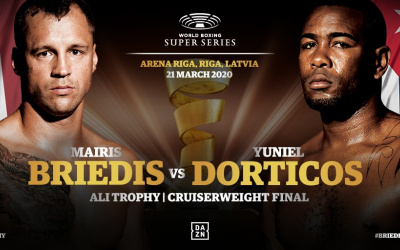 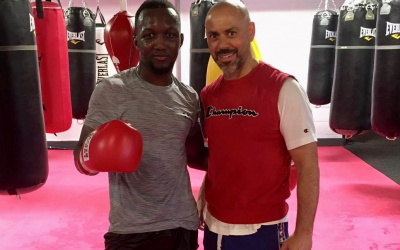