The huge bill was live in the US on ESPN+ in association with Top Rank and worldwide on IFL TV, with Catterall (25-0, 13 KOs) earning the win in the main event as he beat Schwarzkopf (20-4, 12 KOs) by unanimous decision.

The judges scored the bout 99-91, 100-91, 99-92, putting mandatory challenger Catterall on the verge of his crack at the WBO super-lightweight title.

Here’s all you need to know:

Catterall: “I’m happy with the victory and it was a great event here in Dubai. Every credit to Schwarzkopf, we both had a lot of notice for the fight and it was nice to get the rounds in.

“He’s been the distance with some top fighters and I expected a tough fight. I made hard work of it a bit, but now I want to move on and be more active. I want to test my abilities against all of the top fighters.”

Ward: “It was a good fight. He was a tough, strong competitor who had never been stopped before. He kept coming forward and I had to show people I can fight as well as box.

“I dropped him but he grinded out the last minute of the fight so all credit to him. I’d like to thank everybody who came over, Dubai is a beautiful place and I’ve loved being here. You’re going to see a good 2020 from me.”

Date: “This is my second six rounder this year and I got the win and that’s all that matters. My opponent had a great chin, but I wanted to show that I’m a level above.

Al-Bloushi: “It’s a big stepping stone for me. This area is growing as a boxing community and I’m glad to be a part of it. Thanks to my family, friends and everyone who came out here.

“I didn’t want to let my emotions get away from the performance. He was an awkward fighter but I got through it, and you can expect fireworks from me in my career.” 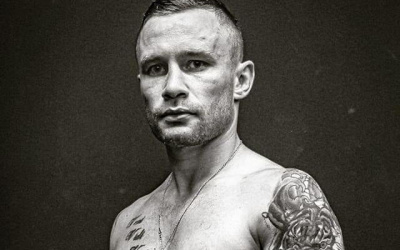