The 27-year-old from Birmingham had a successful 2016 defending his WBO strap twice and adding the Commonwealth and Lonsdale belt to his collection. The ‘Baggies Bomber’ is now looking forward to vying for more titles in what he plans to be an even bigger 2017.

Ranked second in the world by the WBO, Langford is in touching distance of a world title shot, most notably eyeing stable mate Billy Joe Saunders’ WBO honours.

Currently the proud owner of the famous Lonsdale belt, picked up via a split decision over Sheffield southpaw Sam Sheedy last November in Cardiff, Langford is now determined to win it for keeps.

Bideford-born Langford kicked-off 2016 by picking up the vacant Commonwealth belt against a tough Lewis Taylor at the Liverpool Echo Arena in March, only dropping two rounds to the former English champ for the first time in his career. 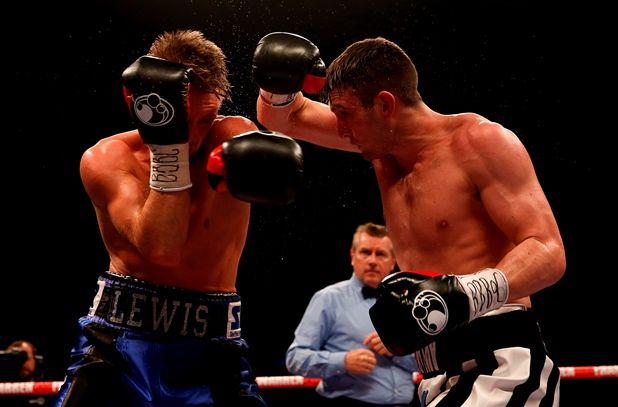 Two weeks later the celebrations were doubled when Langford and his wife Leanne celebrated the birth of their son, Freddie.

He then defended his WBO Inter-Continental strap for the fourth time against Timo Laine at the Cardiff Ice Arena in July, stopping the Finn in the seventh round in what was a completely one-sided, dominant display from the former England amateur captain.

At 17-0 Langford then outpointed the slippery southpaw Sam Sheedy at the Cardiff Motorpoint Arena in November to pick up the vacant British belt.

The Devonian-turned-Brummie, trained by tom Chaney at Hall Green Boxing Club, ended the stellar year undefeated at 18-0 with three major titles in the bag. 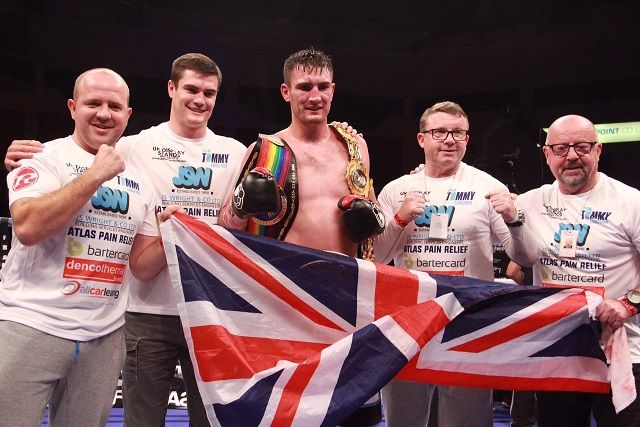 Langford spoke to Box Nation about his new contract, “I’m delighted to have signed a new promotional deal with Frank. He’s delivered everything he promised and got me the fights I wanted and needed at the right times.

“I’m currently a British champion and ranked no.2 in the world with the WBO so he’s been very good to me.

“With the new BT Sport deal starting this year the future is looking very bright so signing a new deal with Frank was a no-brainer, so I’m very happy to have renewed my deal; onwards and upwards!

“Birmingham is turning into a bit of a boxing hub and there’s lots of great fighters coming through the ranks at the moment. To be spearheading Frank’s move into the Midlands is going to be fantastic and I know my fans will turn out in big numbers for future shows there.

“I just need to keep on progressing and improving. There’s some huge fights out there for me on the world stage but until then there’s some great domestic scraps that I can sink my teeth into.

“Since I became British champion I’ve had fighters calling me out left, right and centre and I’ll be more than happy to oblige them!”

Hall of Fame promoter Frank Warren added, “We’re looking to build up boxing in the Midlands. Tommy is the local hero and will be spearheading our promotions there. We’re going to be pushing him and building Birmingham into a significant boxing city.

“Many years ago we got boxing going again in Manchester and we’ll be looking to do the same in Birmingham. Tommy has a brilliant trainer in Tom Chaney who is doing a great job with him. He has some big nights ahead of him in 2017.”