The West Midlanders will take their local feud east to Leicester to establish who gets bragging rights in the ‘second city’.

Langford and Cunningham both count each other as friends that have trained and sparred many rounds together, however, that friendship will be put on hold for the next 12 weeks as the pair prepare to do battle for the most prestigious prize in British boxing.

Both Brummies have experienced 18 fights as paid professionals – Langford remains unbeaten and Cunningham’s solitary loss was to Tom Doran in the quarter-finals of the Prizefighter Tournament in February 2015.

A resident of Oldbury, Cunningham is riding the crest of a wave after a shock win over Olympic bronze medallist Anthony Ogogo (11-1) last October, live on Sky Sports at the Barclaycard Arena in Birmingham, handing him his first loss in the paid ranks.

The 28-year-old southpaw dropped Ogogo in the second-round, fracturing his eye socket before an eighth-round retirement, capturing the WBC International middleweight title in the process.

The left-hander was awarded ‘Boxer of the Year’ at the British Boxing Board of Control’s Midlands Area Council annual awards recently, due to his achievements as a two-weight Midlands Area champion.

The Birmingham City fan outpointed Jason Welborn (20-6) for the super-welterweight strap after successfully defending his middleweight version against Ryan Aston (18-4-2).

Both fighters train out of Birmingham – Langford trains under Tom Chaney at Hall Green, while Cunningham is with Jon Pegg at Eastside.

Unbeaten Langford claimed the British strap with a points win over slippery southpaw Sam Sheedy (17-2) last November, after Chris Eubank Jnr controversially vacated the honours that his family previously asseverated they were so eager to earn outright.

Langford recently relinquished his Commonwealth title that he won by widely outpointing Lewis Taylor (19-2-1) in March last year, which will now be contested by former victim Sheedy and Nigerian national champion Abolaji Rasheed (8-2-1) in Sheffield in March.

‘The Baggies Bomber,’ was born in Bideford, Devon, but has settled in Birmingham, striking up a rapport with West Bromwich Albion.

The 27-year-old reiterated his wish for that fight live on BoxNation TV just days before his next bout was announced, however, the unbeaten 160-pounder is excited at the prospect of defending his Lonsdale belt against a local rival in the Midlands, he said, “This will be a massive fight for Birmingham but particularly for the Albion fans; they’ve travelled everywhere to watch me so it’s good for them to have a local fight in the Midlands.

“Craig and I have done countless rounds of sparring together and we get on well,” he continued to say. “He’s another awkward southpaw with a fantastic record. That loss in the Prizefighter tournament doesn’t really count because it’s a totally different format.

“He was a good amateur and has gone under the radar through his professional career until his last fight when he beat Ogogo.

“He’s gone about his business quietly and his last three fights have been a real step up in class. He was the underdog in all those title fights so he’s used to being in that position and upsetting the favourite.

“A local derby always intensifies the occasion so he’ll come to have a good go and will put it on me, but that will bring the best out of me and will make for an exciting fight.

“I’m expecting a big performance on the night.” 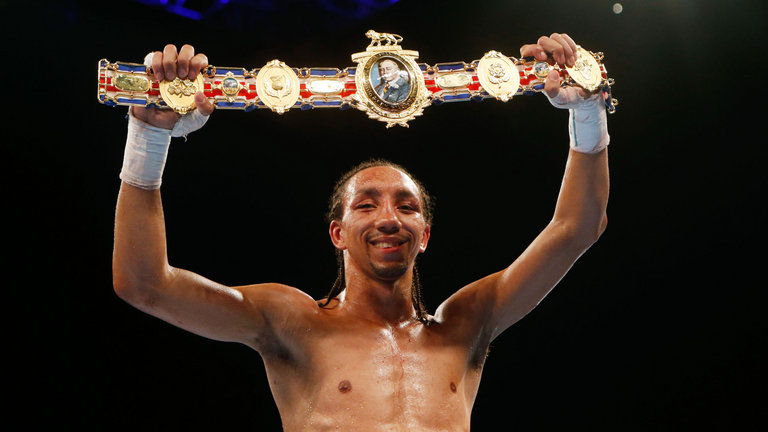 Sharing the bill, British super-lightweight champion Tyrone Nurse (34-2-1), 27-years-old from Huddersfield, has the chance to win the Lonsdale belt outright if he can successfully defend it against ex-English titleholder Joe Hughes (15-2), 26 from Wiltshire.

The Bhiwani boxer, who won medals in three consecutive Commonwealth Games from 2006 - 2014, is unbeaten in eight fights with seven wins coming inside the distance.

‘Smasher’ is a local lad from Leicester who beat former Premier League footballer Leon McKenzie on points in his previous fight in November last year.

Another local lad, super-featherweight Leon Woodstock (8-0), will be looking to extend his unbeaten run in front of his home crowd.