Matchroom Boxing have announced a new YouTube series from called 'Rivals' - as future foes join promoter Eddie Hearn in ePress conferences ahead of their clashes when boxing returns - starting with Lee Selby and George Kambosos Jr as they discuss their IBF World Lightweight title eliminator.

The show will be posted on Matchroom Boxing's YouTube channel tomorrow (Thursday April 23) at 7pm (BST).

Promoter Eddie Hearn will chair an ePress conference between two fighters, who are scheduled to lock horns once boxing has resumed.

HERE’S A CLIP FROM THE SELBY-KAMBOSOS JR. EPISODE

“Since the Lockdown started the team have been brain-storming innovative content ideas and we're pleased to give the fans additional coverage with this series of ePress conferences,” said Hearn.

“Much has been said already in the build-up and with George's absence for our Cardiff launch presser, we had to get both fighters together for the first episode.”

Everything you need to know about Selby-Kambosos Jr HERE 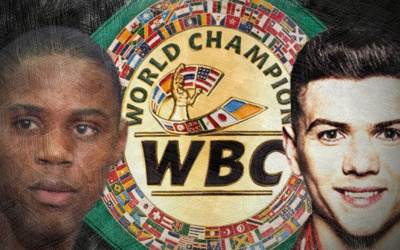