MTK Global have today announced the launch of MTK Football - a football agency headed up by highly-respected Danny Vincent.

Having already conquered the world of combat sports and becoming the biggest force in the business of boxing, MTK will now turn their attention to football, as they look to give players in the sport the chances that they deserve.

MTK Football will be fronted by 36-year-old agent Danny Vincent, who has had a strong passion for football ever since he was taken to his first Liverpool game by his father at the age of eight.

He has worked extremely hard for a number of years in building up a worldwide network of contacts, while also brokering deals which has led to fantastic relationships with players, clubs and other agents.

Just like in boxing, MTK Football will look to ensure that athletes are given the best career opportunities possible, and making sure they are secure when they eventually hang up their boots.

Head of MTK Football Danny Vincent said: "MTK are the biggest and best in the world when it comes to day to day management of elite fighters.

"Myself and my team are thrilled to have struck up this partnership and believe our passion and knowledge will help replicate that into the world of football.

"Our priority, as always, is to look after the footballers on and off the pitch, and we'll continue to do this."

MTK Global Chief Strategy Officer Paul Gibson added: "There has always been an affinity between boxing and football. We see plenty of our fighters enter the ring sporting the colours of their city’s team and footballers regularly take in our events from ringside.

"That’s why we’re so excited by this new venture and the opportunity to explore some of the synergies which undoubtedly exist.

"Danny is a respected figure at the highest levels of the football world and MTK are proven leaders in the field of athlete management within combat sports so we’re looking forward to what the future holds." 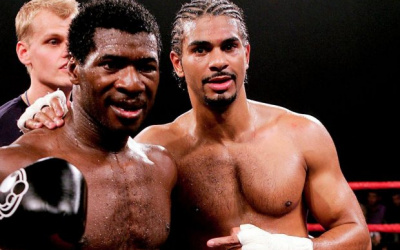 Tommy Fury: "I love the sport and I made a promise to myself that I’d be World champion"