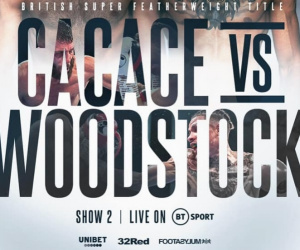 The championship contest will take place at the BT Sport Studios in Stratford, London, live on BT Sport.

BBN asked their reliable panel of boxing professionals and experts for their view on who wins and why:

"Cacace for that fight - points win."

"I like Leon and he always gives it his all, but afraid that, as with his fights with Archie Sharp and Zelfa Barratt, his fight is a step too far again; he will fall short and I predict a Cacace win."

"It looks a routine win for Cacace and he should have no trouble, but Lyon is tough and game and will give it everything he's got with having nothing to lose.

However, Cacace is very good at what he does and if he doesn't underestimate Lyon he should get a late stoppage or wide points win."

"I was a big fan of Lyon Woodstock, but he came up short in the two biggest fights of his career.

I think Cacace is a really underrated fighter, and I can see him getting a late stoppage against Woodstock."

"Good fight! Always rated Cacace and think he will win this and go a lot further."

"Anthony Cacace has only ever lost to the fantastic Martin J Ward, who won the European in his next fight. Anto's career-best win was in his last fight in November against then-undefeated champion Sam Bowen. The confidence and experience he will take forward with him after winning that fight will play a huge advantage for him.

Woodstock hasn't been able to deliver the goods when he has stepped up, losing his WBO European belt to Archie Sharp in his home town, then falling very short against Zelfa Barrett in his last fight, which equals to two losses within eight months.

I believe the champion has more to offer than the challenger, and will win this maiden title defence on points.

I don't think there'd be a stoppage, but Carl Frampton has openly said that Cacace is one of the hardest punchers he's shared the ring with (in sparring). Woodstock is a warrior and has never been stopped, but I wouldn't rule it out entirely is what I'm saying. A betting man would do well to go for a late stoppage." 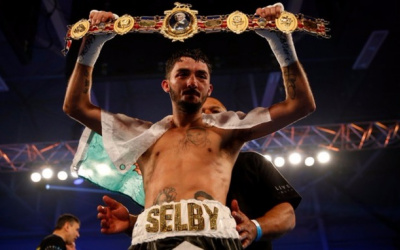