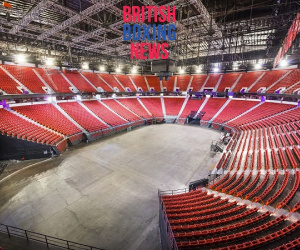 Promoters reveal their plans for when boxing returns

BBN spoke to top promoters from the UK, USA, and Germany to find out what their immediate plans are for staging boxing events after lockdown ends.

With sporting events hopeful of returning from July - Dillian Whyte vs Alexander Povetkin is still set to go ahead - the guidelines will certainly be that no live audience can be in attendance. With the distinct lack of gate revenue, it will likely change the landscape for staging shows for many promoters, so just how will this work going forward?

Do you think shows should go ahead behind closed doors?

Carl Greaves: "TV are desperate for live sport and everyone wants boxing to resume as soon as possible. The BBBofC have sent guidelines out for boxing to resume behind closed doors, there's a lot of obstacles and it will be difficult but once the government lift restrictions it will happen and July is the target, but fighters need sparring, pads etc. so gyms need to open for this to happen.

"The only promoters that will be able to do this are the ones with a TV contract because without gate revenue it is impossible for a small hall promoter to put a show on behind closed doors unless they just want to blow a load of money, so it's not looking good for small hall boxing."

Erol Ceylan: "Yes, we had show back on March 21 that we had to cancel. We await news that we can make the fights without the public in attendance at our gym or in a hotel."

Steve Wood: "I’m sat on the fence, as personally I think until we know more about the virus, it is just not worth the risk. How can you control something that you do not know enough about?

"However, I manage a lot of boxers and the majority just want to fight and earn money, which I can understand. As a manager, I will have to assess what the TV promoters are doing and work with them for the boxers, if that means adding our own extra precautions then we will do that."

Tommy Owens: "Yes, I think shows should go ahead behind closed doors. Anyway, to get professional boxing back up and running via the correct guidelines/safest manner for those who make a living from the sport, and also the fans of the sport, must be a positive in this difficult time for so many people. Hopefully bring back a small dose of normality in a not so normal situation."

Mark Vaz: "To do shows behind closed doors has up and down sides. Income would need to be derived from PPV buys, which is always chancy. Fighters certainly do draw energy from the crowd - might just end up being a spirited sparring session. Expenses would be the same, without the gate. Overall, I'd probably not go in that direction."

Marcos Resendez: "We believe shows should proceed as long as testing and PPE are available to insure the safety of all those involved while not creating a shortage or burden for the general population.  We would also enforce strict adherence to the latest CDC/Government guidance regarding safety protocols.  Boxing is a sport that can be easily modified for smaller venues/audiences to take advantage of the TV revenue model that exists while also supplementing through additional revenue streams (ex: digital platforms, additional sponsorable video content, etc)."

When will you be hoping to put your next show on? Do you expect it to be harder to sell tickets and be profitable than before?

Carl Greaves: "I'm hoping to put a couple of shows on before the year is out, but it depends on what restrictions they put and when they allow public gatherings. People with be desperate to get out and start enjoying themselves again, but will they want to be in and around people until there's a vaccine? I'm not so sure, so it could be difficult to sell tickets."

Erol Ceylan: "I'll try to make my first show back in July, but I don't think that will be profitable."

Steve Wood: "Non TV shows are not profitable, to do one without gate money would be suicide! Only way would be to do a YouTube channel PPV at, say £9.99, and hope for good numbers, but would be a risk with not just fighters and general overheads, but also a broadcasting crew to pay. We will only be able to go otherwise when the social distancing and mass gatherings are allowed again, and it would be a guess as to when this can happen."

Tommy Owens: "The aim for TOP to get back up and running is in September 2020; we are following guidance and implementing procedures to ensure the shows will be a safe environment for all to enjoy boxing again. I think the difficulty of selling the shows will depend on how comfortable/safe we as a company can reassure people it is to attend. There really is no way of knowing how the public will respond to the eventual announcement of our shows going ahead, and I think reputation on previous events will play a big part in this."

Mark Vaz: "I have no idea when the promoter I work for will run again. Maybe in August or the Fall, if at all. Yes, it will be harder to sell tickets, people will be hesitant to be in a packed room for a while."

Marcos Resendez: "We intend to return to the ring August 1st in San Antonio, TX.  This date will be heavily influenced by governmental guidance as well as any opportunities that may come up between now and then as promoters get creative about partnering efforts.

"We feel it is too early to determine consumer appetite but do feel there will be challenges attracting large gates, which will adversely affect the promotion in the absence of TV/Digital and Sponsor support. Fortunately, we have the infrastructure to easily partner with other promoters/camps that may have existing contracts and are searching for content and venue."

What will the layoff, time away from trainers, and lack of sparring mean for the fighters?

Carl Greaves: "Most fighters will be training I know mine are, some have got a bag up, but other than that there mainly just running shadow boxing and doing ground work which is keeping them in shape put pads and sparring are vital for sharpness and timing so I'd say once restrictions are lifted and they can get back training properly they will need 4-6 weeks."

Erol Ceylan: "We will make individual training for each fighter. We can go into training camps for four weeks and separate all fighters in quarantine also to make sparring."

Steve Wood: "It will be the same for everyone, so there'd still a level playing field after the break."

Tommy Owens:  "I’d like to think that all the fighters are ticking over and keep a good base of fitness to work off once shows are announced that they are returning and dates given to work towards. Layoffs will alway have some sort of affect on the fundamentals, but everyone is in the same situation, so we have to adapt and overcome this situation as best as possible."

Marcos Resendez: "We feel the layoff and its affect on the fighters will be a reflection of the fighters and their teams commitment and/or ability to train.  Our fighters have continued to find ways to train whether at home or in very controlled environments.  We are fortunate to be in this situation and have asked our fighters to remain ready (notwithstanding sensitivity to anyones individual / immediate health or financial needs and adjustments needing to be made to their schedules to accommodate)." 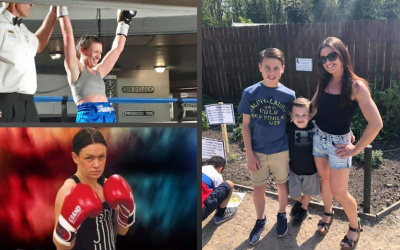 Get to know... Carly Skelly