Ricky Hatton is a fan of the new boxing channel: "Fightzone will unearth some proper talent"

Ricky Hatton is a Fightzone fan

Boxing legend Ricky Hatton has hailed the introduction of new boxing channel Fightzone, saying it will be revolutionary for British boxing.

Fightzone TV is set to give fans exactly what they’ve been asking for - weekly live shows from around the UK, showcasing Britain's rising boxing stars.  The great news for fight fans is that there are no 4am starts from the US. Fightzone TV will deliver prime time Friday evening boxing with 7:30pm being the time we will all get to know as ‘BOX O’CLOCK’ and it’s every Friday, every week throughout the year.

The channel launches on Friday May 21 with a show from Sheffield Arena, topped by English Lightweight Champion Myron Mills from Derby defending his title against Portsmouth challenger Lucas Ballingall.

Marc Leach slams Eddie Hearn: “I beat Qais Ashfaq then somehow it ends up not being an eliminator!”

Former two-weight world champion, Hatton - whose son Campbell is also now making his way as a pro fighter - said: "I think it's great; there's definitely a gap in the market for Fightzone.  There are champions out there who might not have been top amateurs but just need discovering as pro fighters, and Fightzone will unearth some proper talent.

"It's a massive platform for lads who might not have got the exposure before.  Fightzone will be brilliant; I remember years ago there were shows on TV every week from small halls around the country, and they had on some of the best fights that you could see - and some of them might only have been six rounders!  It's all about Box Office and Pay Per View these days, so Fightzone will be great for fans to be able to see all the talent that's coming through.

"I fought on these types of shows early on in my career at places like Widnes, Oldham, Everton Park, and Halifax and won the Central Area Title on one of these shows.  If you're a boxing fan, you want to see the world title fights but - like with my career - you also want to be able to say 'I saw this kid from day one, fighting in leisure centres and now he's headlining in Las Vegas'!  It must be a wonderful thing for a fight fan to be able to see a career from day one to the last day.

"As a fighter, fighting on small hall shows is all part of your education.  Campbell has had a big platform to start his career but there's, no doubt, he'll fight on smaller shows.  For a fiver a month you'll see some of the best fights - some fights of the year!

"If I'm honest, this is what boxing has been crying out for.  Frank Warren and Eddie Hearn have done a fantastic job making the big fights but there's a part of boxing that's been forgotten about over the years, and Fightzone will change that."

Commenting, the General Manager of Fightzone TV, Jim McMunn said; “Our commitment is to deliver 50 events per year, 200 live fights, and give exposure to over 250 boxers, all on one platform for just £4.99 per month. We believe that Fightzone TV will become the People’s Champion of boxing, delivering first class events, showcasing new talent and delivering an affordable place to watch the sport that fight fans love.”

Phil Smith, Head of Operations and Media for Fightzone TV, added: “Fightzone TV is set to revolutionise boxing viewing for fans - bringing coverage of live fights via the internet, but with the high production quality of TV. We are not an internet TV channel, but we are a TV channel on the internet, and for boxing fans.” 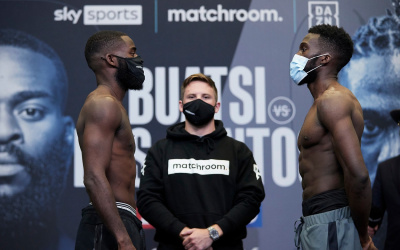