Terry O’Connor called to appear before the Board

A notice was sent out on October 19 to declare that official Terry O’Connor will be officially called before the British Boxing Board of Control following his use of a mobile device during the weekend's Lewis Ritson vs Miguel Vazquez fight in Peterborough, behind closed doors, live on Sky Sports.

The notice simpy read as: Mr. O’Connor will appear before the Stewards of the British Boxing Board of Control following his appointment to the boxing tournament at the East of England Showground Arena on Saturday, 17th October 2020.

Eddie Hearn was quick to criticise the official appointed on his own show on Twitter, stating he should immediately be removed by the BBBofC. Despite remaining at home after testing positive for COVID-19 reently, Hearn also added that he felt Mexican Miguel Vazquez deserved the win, which O'Connor scored 117-111 to the home fighter Lewis Ritson.

The WBC president Mauricio Sulaiman also took to Twitter to sondemn the judge, "This image is extremely troubling to any person involved in boxing."

The Board's general secretary Robert Smith told Boxing News, "I'm very, very disappointed. This has to be looked at and investigated, as it will be. Personally, I am so disappointed. I can't say anything more on this at this point." 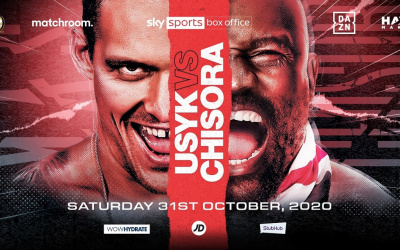