The birth of modern boxing

In 1743, Jack Broughton had tried to protect the fighters with his rules. These were implemented in boxing events for nearly 100 years until 1838, when The London Prize Ring Rules were established – but the increasing scrutiny and resulting revision of what took place in bouts would soon enough lead to even more changes.

New and amended rules – including measures dictating the length of rounds – were published under the patronage of the Marquess of Queensberry in 1867. This is one the most important dates in boxing history; the point modern boxing started its long and essentially successful road.

The rules were drafted by Welsh sportsman John Chambers, who competed at boxing, rowing, cycling, athletics, billiards, wrestling and athletics. Chambers set about codifying the new rules which were to be named after John Sholto Douglas – the 9th Marquess of Queensberry and a Scottish nobleman who supported the campaign to launch modern boxing.

The pioneers of British boxing

Just how old is the sport of boxing?

The rules specified the size of the ring to be 24-foot, and the timing of the rounds to be three minutes with one-minute intervals of rest between them. Wrestling was banned during the fights and in case of knock-downs boxers would be given a 10-second count as recovery time. One of the primary consequences of the new rules was making the bouts longer, prompting more strategic and tactical approaches.

No grappling, holding or hugging were allowed, and no ‘seconds’ or any other person was to be allowed in the ring during the rounds. The bouts should only be stopped by any unavoidable interference. Only new, higher quality boxing gloves of a fixed size were allowed in the bouts. A fighter on one knee is considered ‘down’ and no shoes or boots containing any kind of springs were allowed.

An Amateur Boxing Championships was then held at Lillie Bridge in London in 1867 based on the new Marquess of Queensberry Rules with lightweight, middleweight and heavyweight tournaments on the official program. The vast majority of the rules used that day are still used today.

The first champion under the Marquess of Queensberry Rules was an American of Irish-descent named “Gentleman Jim” Corbett, who triumphed over the legendary John Sullivan with a 21st-round stoppage in New Orleans, United States in 1892. Corbett then lost his title in 1897 when Great Britain’s Bob Fitzsimmons knocked him out in the 14th round.

Boxing continued to spread around the European and American continents in the latter stages of 19th century and many countries staged official events in the 1880s and 1890s. Athens hosted the first modern Olympic Games in 1896 while the French capital Paris was venue for the second edition in 1900. By the third – the St. Louis Games of 1904, boxing had been added to the official Olympic program.

Check out the other stories in our 'Boxing History' series:

The pioneers of British boxing

Just how old is the sport of boxing? 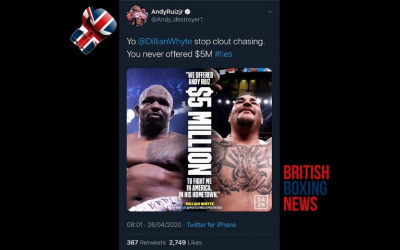