In the lovely city of Aruba, during the 1986 WBC Annual Convention, the WBC International title was created.

The innovative idea was promoted by the life President Don José Sulaimán, who appointed Antonio Sciarra as President of the International Committee.

This constituted a new opportunity for those boxers with ambitions to be recognised and, in the future, to dispute the absolute WBC world championship.

Unbeaten in nine bouts, Chitalada won in the second round to move up to 10-0 with 10 KOs and collect his first professional title, all within a year of his pro debut.

The title instantly became a hit with fight fans, especially when this same pair rematched at the end of the year in December when Rocky was now 14-0 with 14 KOs, but the result was very different as the returning visitor gained his revenge with a fourth-round TKO.

Valdez defended the belt a year later but was defeated via a technical decision in round 10 of 12 by Juan Jose Estrada, who went on to win the WBA World super-bantamweight title within six months of that fight, which he held for over a year and a half.

Scottish Area bantamweight champion Donnie Hood, from Glasgow, aged 27, became the first Brit to win the title when he outpointed the reigning champion Samuel Duran via split decision on a historical night at the Kelvin Hall in his home city in October 1990. Hood defended the title twice within the next 12 months, and never lost it in the ring. He tried in vain to win British, Commonwealth and European honours during his career, retiring in 1996 with a record of 25-9-1, with the WBC International belt as his greatest achievement.

Only one other Brit has managed to hold that same title - Ryan Burnett. The Belfast boxer defeated Anthony Settoul via UD in February 2016, live on Sky Sports, at the Manchester Arena on the undercard of Carl Framptions unification world title win over rival Scott Quigg. Burnett defended the bantamweight belt five months later, again via UD, then became a world champion just under a year later.

Boxing greats such as Shane Mosley and Miguel Cotto have also held this prestigious title beore going on to conquer the world.

In the more than 30 ensuing years, this championship has been contested in thousands of boxing venues as a prelude to the world championship.

The International WBC title has been the window of opportunity for many fighters who possibly would not be on top of success today if it were not for this prestigious title opening doors for them.

The WBC praised their chairman Mauro Betti who since taking office in 1994 has worked brilliantly and tirelessly around the world, instilling the prestige and importance that the WBC International championship truly deserves.

Steven Ward vs Hafthor Bjornsson - Everything you need to know 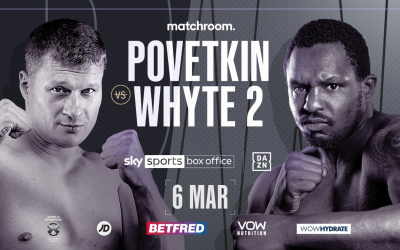