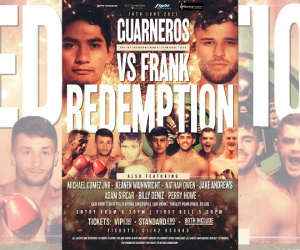 No redemption for Tommy Frank

The main event was close, a nip and tuck kind of fight, which must have been very hard for the ringside judges to score. Despite a valiant effort, the 27-year-old couldn't quite do enough to sway the scores his way, although Howard Foster had him winning the championship contest.

Full results from the Dennis Hobson event below:

Tommy Frank is next due to challenge for the vacant British flyweight title on Friday, August 6, in Sheffield against undefeated 'Golden Kid' Kyle Yousaf (16-0, 7KOs), which will be a fierce local derby.